A Splunk alert is a search that is periodically run, and if there are any results, an alert action can be run. This is a custom script that can be used to iterate over the search results and perform a task with the found fields. This process is documented, but the key takeaways are summarised on this page.

When Splunk fires an alert action, there are several arguments that are passed to the script. I usually ignore all of them, except for argument 8, which contains a gzip CSV file containing the search results. The process is usually to open this file and iterate over the results.

The following template should be placed in the $SPLUNK_HOME/bin/scripts/ directory.

This command can then be selected as a Trigger Action when saving or modifying an alert. 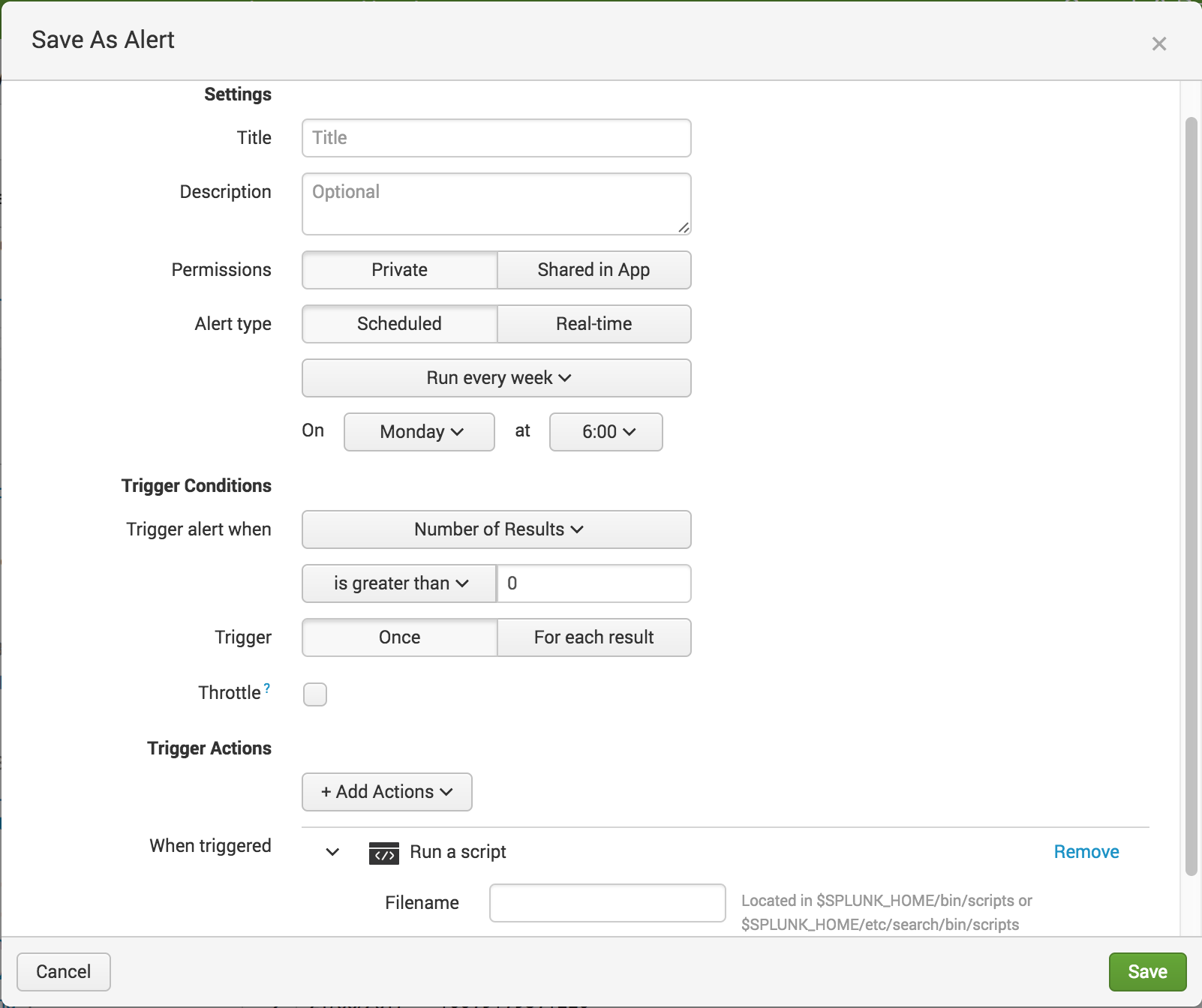 The aforementioned script has actually been deprecated in preference of Modular Alerts. These provide much more customisation features, but I often find this overkill.

Splunk also initiated the Adaptive Response Initiative which allows for Splunk to integrate with other (mainly security related) 3rd party products, and allows for bidirectional communication between them. This is a great source for ideas for alert actions.